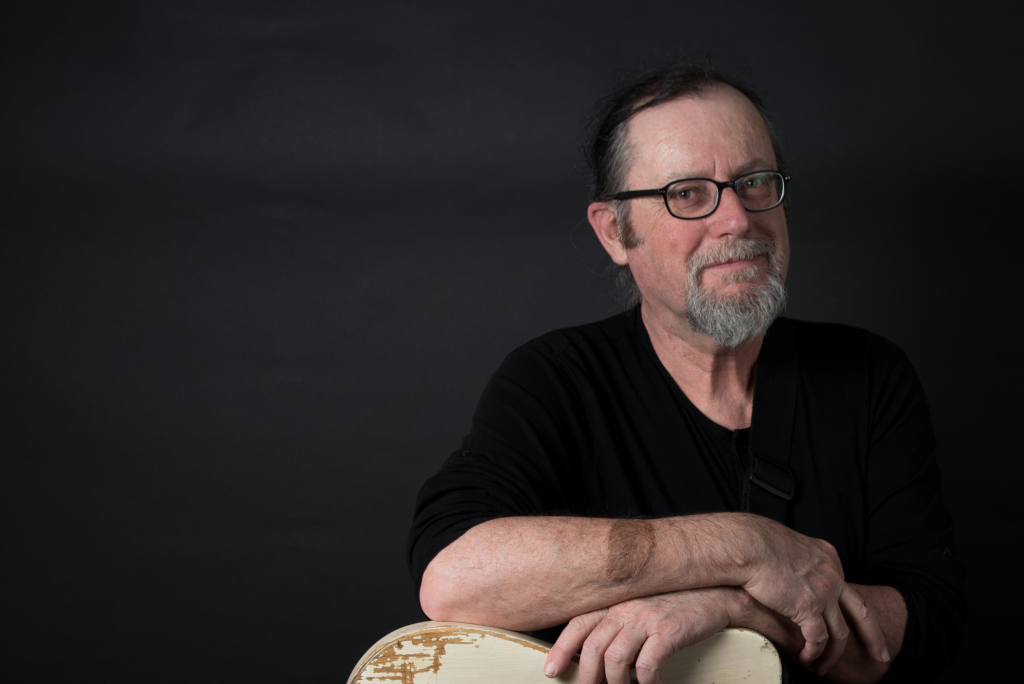 Musician and songwriter Laurent Moitrot is following in the footsteps of other late developers like Seasick Steve and the late Charles Bradley with the release of Most Of Them Blues (label & release details).

Laurent, 62, has always combined music with teaching until recently when he closed his maths books for good and headed for the recording studio in Angers, France, with good friend and legendary French music producer Laurent Thibault. The result is a collection of 11 tracks features eight originals and three Peter Green and Joe Tex covers.

“I am very proud of the record and blues fans listening to my songs is reward enough for me at the moment. Anything else will be a bonus,” said Laurent.

Working with one of the heroes of his youth has given Laurent the confidence to make his own record, although he’s released it under the Little Monsters banner rather than his own name. He explains why on the record’s sleeve: “What you have here is a collection of little monsters. Some songs I wrote many, many years ago and some I wrote quite recently. What do they have in common? This I am not quite sure of except for… the blues!”

Although happily married to university librarian, Brigitte Roybon, many of Laurent’s autobiographical songs are fuelled by two previous marriages that are still pretty raw.

In Watch Your Mouth he tells his first wife: “I used to call you, My dearest one, Thought you were, So sweet and kind, Until I saw you in my bed, Shagging a friend of mine.” In Three Times A Fool he reveals how he was tricked three times by his second wife, who had certain drug challenges. “Three times a fool to love you babe, I won’t do it no more, You won’t see me no more, Crying around your door.”

“I am a very shy person in real life and keep my feelings to myself. However, singing and writing songs allows you to express yourself without sounding too pitiful. I’ve been friends with Laurent Thibault for many years and he was always encouraging me to record my version of the blues. So I finally I said yes, and this is the result.”

“With my teaching career coming to an end and with cash in the bank, there was no better time to realise a life’s ambition. I’ve been playing music since the age of seven when I learned the piano but I fell in love with the blues when I heard Fleetwood Mac’s “Mr Wonderful” LP. Real tearjerker emotion on every groove. I hope I’ve managed to create the same mood and resonance on Most of Them Blues. Seasick Steve and Charles Bradley prove you’re never too old to hit the big time!”

“The whole experience of making the record has been a real rollercoaster ride. I never truly knew it was so complicated. One minute you’re riding high, next you’re having to face down tough challenges, including the outbreak of Covid-19. But I am very proud of the record and the way everyone has supported me achieve my goal. Feedback from music fans and friends across the globe has already been universally positive.”

“This is very much a team effort, a collaboration of like-minded musicians and friends such as guitarists Alexandre Valette, Hervé Legeay and Henry Seraﬁn and drummers Bernard Doucin, Manu Aligon and Gabor Turi and bassists Yanik Legoff, Francis Moze and Laurent Thibault. Francis also played keyboards with Etienne Tissot playing harmonic and Marie Bourget, Jérôme Desbois and Jonathan Lloyd providing the backing vocals to compensate for the limitations of my voice,” said Laurent.

“Music, like life, is about having fun, even if you’re singing the blues. I Should Have Known Better is possibly my favourite track on the record — and one of the best to record. The song features my old school buddy, Hervé Legay, on the guitar. Hervé sold me my first proper guitar, a 1966 Custom Telecaster. Imagine his great surprise when I handed it to him and he recorded most of the lead guitar with it. We were both in awe.”

While Laurent, who lives in Angers, France, started working as a maths teacher in 1981, he has gigged almost constantly apart from a six-year break when he was going through troubled times with his second wife. He’s been in a punk rock group and a Dr Feelgood tribute band but the blues always have been his true musical home.

“I seriously started work on my record in 2017 and collaborated with friends I have played with all my life. We’ve been joined by famous musicians such as Francis Moze (ex Magma and Gong), Laurent Thibault (T. Rex, Tom Jones, David Bowie, Bee Gees, Fleetwood Mac, Bad Company and Ritchie Blackmore’s Rainbow) and Hervé Legeay (La Comédie Française).”

Copies of the Little Monsters record are now arriving in post boxes in Europe and the USA and Laurent is always thinking of his next project, a blues collaboration with one legendary British guitarist Darrell Bath, who has played with Dogs D’Amour, U.K. Subs, The Godfathers and Ian Hunter.

“Ian Hunter once sang “you’re never too small to hit the big time” and if I was rewriting the song, I’d simply change small to old… I am having the time of my life and celebrating the pure joy of making and playing music,” said Laurent.

This website uses cookies to improve your experience while you navigate through the website. Out of these, the cookies that are categorized as necessary are stored on your browser as they are essential for the working of basic functionalities of the website. We also use third-party cookies that help us analyze and understand how you use this website. These cookies will be stored in your browser only with your consent. You also have the option to opt-out of these cookies. But opting out of some of these cookies may affect your browsing experience.
Necessary Always Enabled

Any cookies that may not be particularly necessary for the website to function and is used specifically to collect user personal data via analytics, ads, other embedded contents are termed as non-necessary cookies. It is mandatory to procure user consent prior to running these cookies on your website.