What you have here is a collection of little monsters.

What do they have in common? This I am not quite sure of except for… the blues!

Buy ‘Little Monsters: Most of them Blue·s’ in the UK 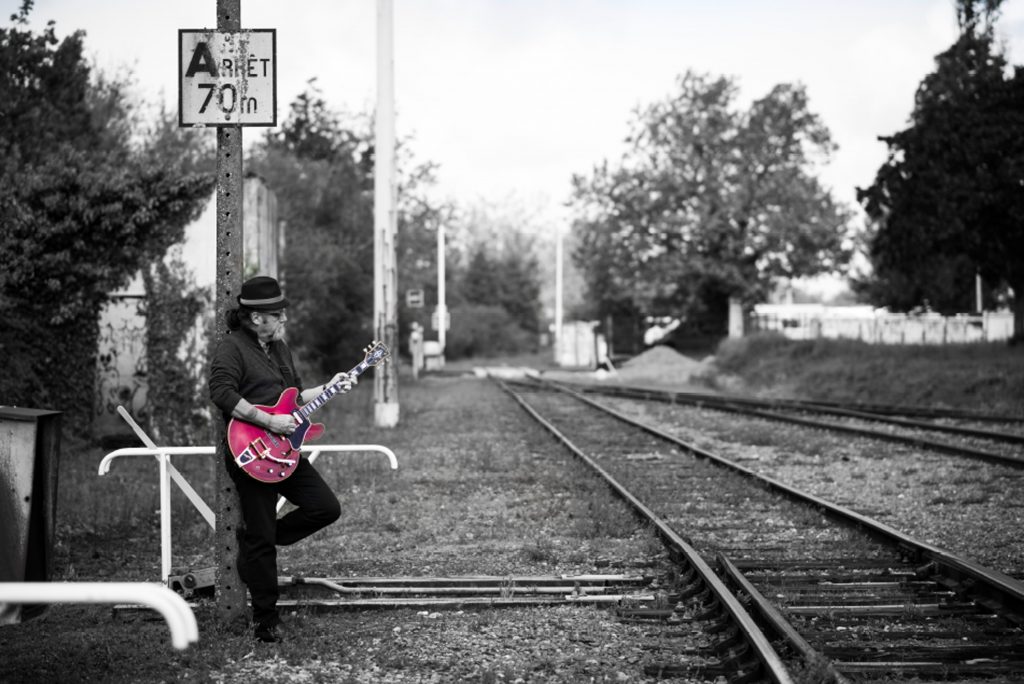 Musician and songwriter Laurent Moitrot has released his debut record ‘Little Monsters: Most of them Blue·s’ in his early sixties, hoping to follow in the footsteps of similarly aged breakthrough artists such as Seasick Steve (65) and Charles Bradley (62). Recorded and produced by influential bassist and French music producer Laurent Thibault at Le Chateau, Anger, France, the collection of 11 tracks features eight originals and three Peter Green and Joe Tex covers. 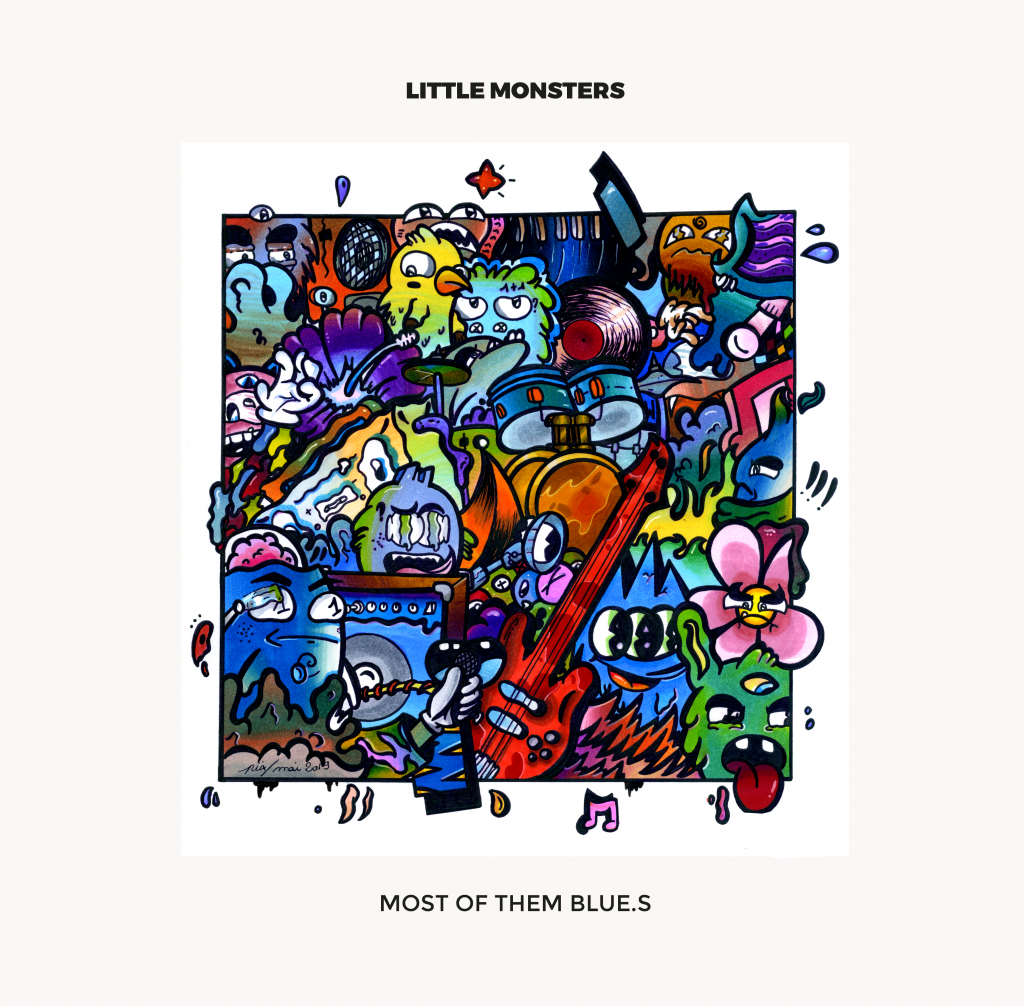 Working with one of the heroes of his youth gave Laurent the confidence to make his own record, released under the Little Monsters banner rather than his own name.

He explains why on the record’s sleeve: “What you have here is a collection of little monsters. Some songs I wrote many, many years ago and some I wrote quite recently. What do they have in common? This I am not quite sure of except for… the blues!”

Although happily married to university librarian, Brigitte Roybon, many of Laurent’s autobiographical songs are fuelled by two previous marriages that are still pretty raw.

In Watch Your Mouth he tells his first wife: “I used to call you, My dearest one, Thought you were, So sweet and kind, Until I saw you in my bed, Shagging a friend of mine.”

In Three Times A Fool he reveals how he was tricked three times by his second wife, who had certain drug challenges. “Three times a fool to love you babe, I won’t do it no more, You won’t see me no more, Crying around your door.”

“I am a very shy person in real life and keep my feelings to myself. However, singing and writing songs allows you to express yourself without sounding too pitiful. I’ve been friends with Laurent Thibault for many years and he was always encouraging me to record my version of the blues.”

Laurent, lives in Angers, France, and has gigged almost constantly apart from a six-year break when he was going through troubled times with his second wife.

He’s been in a punk rock group and a Dr Feelgood tribute band but the blues always have been his true musical home. “I seriously started work on my record in 2017 and collaborated with friends I have played with all my life. We’ve been joined by famous musicians such as Francis Moze (ex Magma and Gong), Laurent Thibault (T. Rex, Tom Jones, David Bowie, Bee Gees, Fleetwood Mac, Bad Company and Ritchie Blackmore’s Rainbow) and Hervé Legeay (La Comédie Française).”

“This is very much a team effort, a collaboration of like-minded musicians and friends such as guitarists Alexandre Valette, Hervé Legeay and Henry Seraﬁn and drummers Bernard Doucin, Manu Aligon and Gabor Turi and bassists Yanik Legoff, Francis Moze and Laurent Thibault. Francis also played keyboards with Etienne Tissot playing harmonic and Marie Bourget, Jérôme Desbois and Jonathan Lloyd providing the backing vocals to compensate for the limitations of my voice,” said Laurent. 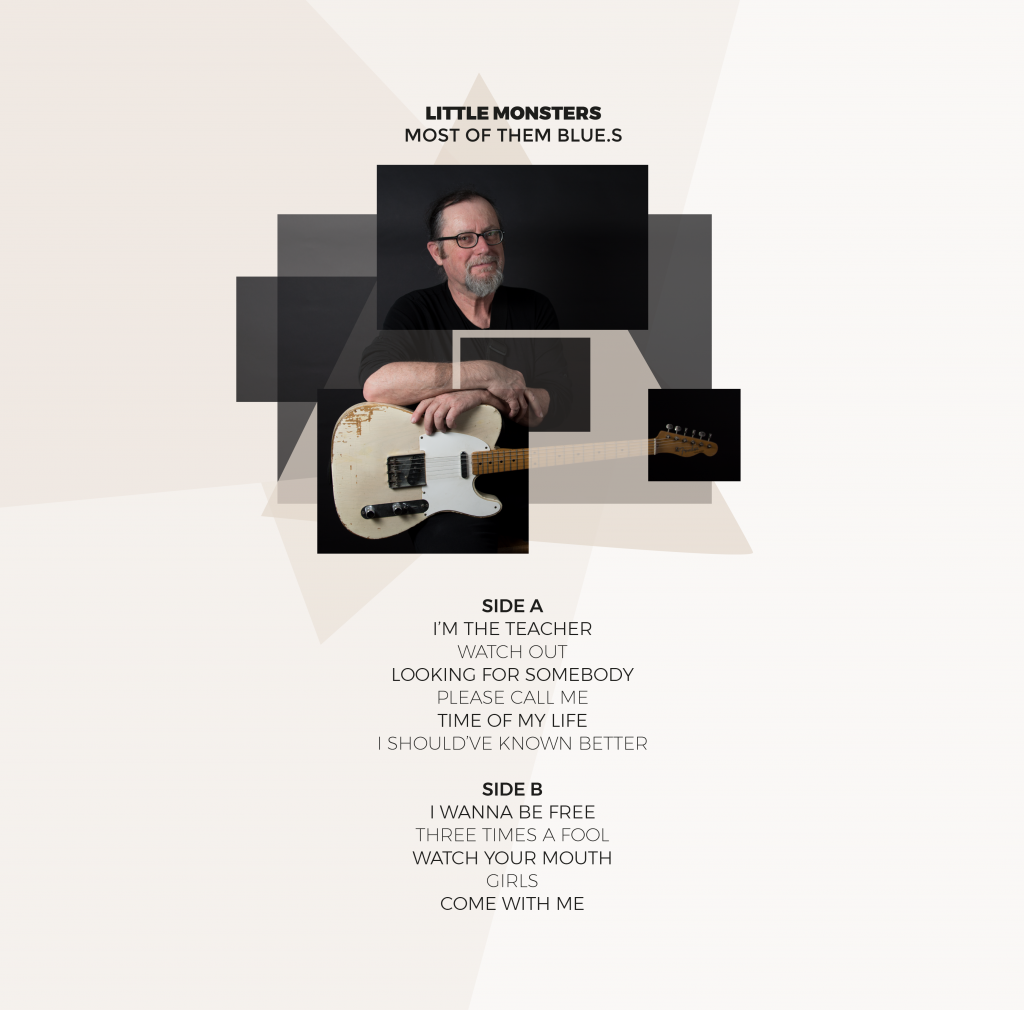 ‘Little Monsters: Most of them Blue·s’ track by track listing

I’m The Teacher (track 1) https://laurentmoitrot.com/wp-content/uploads/2020/12/01-Im-the-teacher-L-Moitrot.mp3 This is one of the most recent songs I’ve recorded that was originally influenced by Canned Heat’s “On The Road Again” then evolved into completely different. I wrote the lyrics after the music. The fact it is the same title as an Ian Hunter (Mott The Hoople) song is purely coincidental. I was a teacher long before Ian wrote his classic!!

Watch Out (track 2) and Looking for Somebody (track 3) These are my tribute to Peter Green. “Watch Out” is the sort of workout that needs a proper rhythm section so you can imagine how thrilling it was to finally put it all down on tape. “Looking For Somebody” is special … I love Greenie so much I decided I would NOT play the guitar on this one. I asked Francis Moze to play a “bastringue piano” and he did it as only he can. Only the guide guitar track can be heard after the organ solo.

Please Call Me (Track 4) Wrote this one in the mid nineties when I was dealing with a divorce (wife #1) and trying unsuccessfully to play like Robert Johnson. I owe Ry Cooder a pint or two, if I ever meet him, because after listening to one of his live records I finally found a way around Robert Johnson’s tunes.

Time of My Life (track 5) Dedicated to wife number two who had issues with drugs, this song owes a LOT to Keith Richards but also to Mark Knopfler. I play both the electric and the Dobro.

I Should Have Known Better (Track 6) This is possibly my favourite track on the record — and one of the best to record. One of the most recent songs I wrote about four years ago and features my old school buddy, Hervé Legay, on the guitar. Hervé sold to me my first proper guitar, a 1966 Custom Telecaster, which I still have. To his great surprise I handed it to him and he recorded most of the lead guitar with it. He was in awe. He’s a very well known professional musician in France who has worked with “la comédie Française” and many other French cultural icons. He refused payment for the session. You can hear him also play a Stratocaster with a bow just like Jimmy Page did.

I Wanna Be Free (track 7) Laurent Thibault pushed me into recording “The VIPs” version who became “Spooky Tooth”. Their guitarist was Luther Grosvenor, better known as Mott The Hoople’s Ariel Bender. I met him in Glasgow last year (2019) I told him about that and he was flabbergasted. In the spirit of the rock and roll, the lead guitar is slightly out of tune at moments but we decided to keep it because we loved the energy that was there.

Three Times A Fool (track 8) and Watch Your Mouth (track 9) I remember walking in the park with wife #2 and singing “three times a fool to love you babe” A great line but the rest took me 20 years to finish it. “Watch Your Mouth” was written about wife #1 and I was not the first one to go see someone else.

Girls (track 10) Not much to say about this one … it’s written about girls. Like most rock and blues songs invariably are …

Come With Me (track 11) This song was definitely written about wife #2 and is the oldest track on the record as the vocals were recorded a dozen years ago which explains why the voice is a bit different, not as mature. “Time of my life” was recorded about the same time but if the guitars are from that era, the vocals and drums were re-recorded last year. One of the three songs that feature another guitar player, my buddy Henry Seraphini. A great guy. The other songs that feature another guitar player are “I should’ve known better” as I told you and “Please Call Me” that features my buddy Alexandre Valette, who plays a stunning acoustic guitar solo.