My love affair with guitars 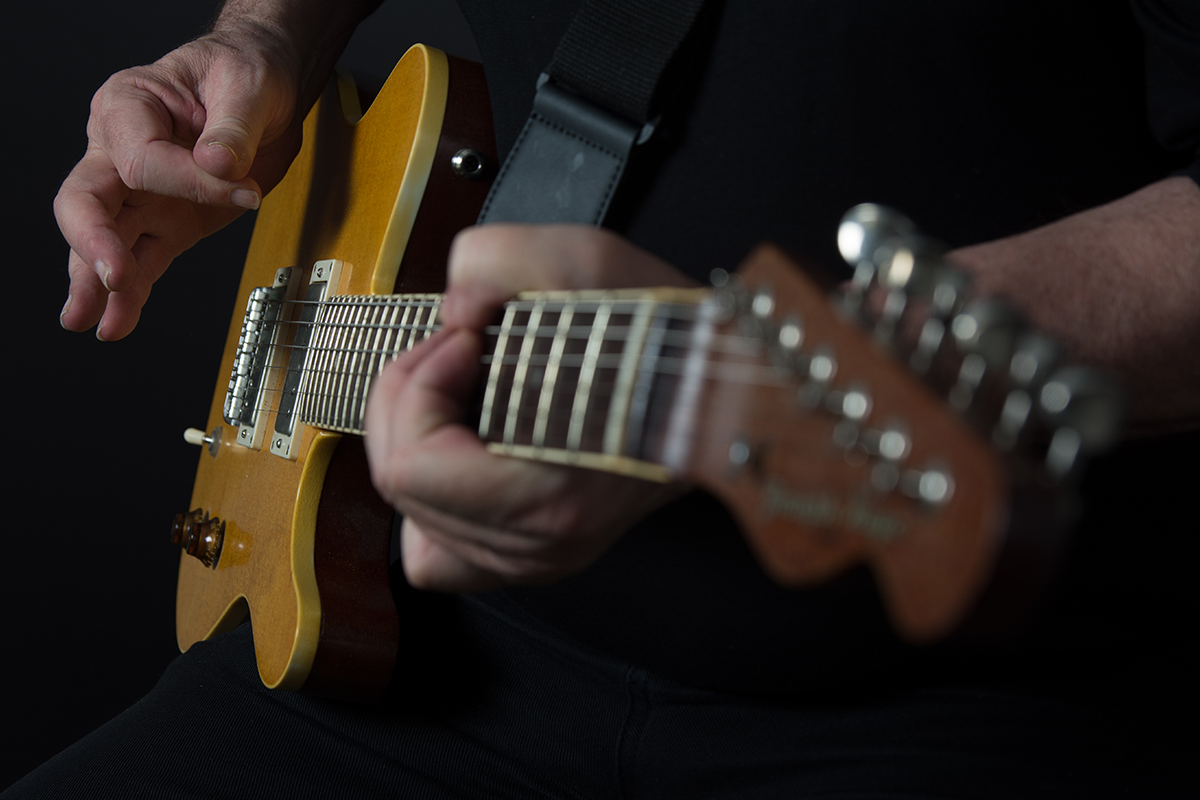 Every guitar player tells the same story, more or less. You start playing because you heard another guy playing or listened to a record that made you think “Hey ! That’s what I want to do.”

As far as I am concerned I started playing the classical piano at age seven. I was quite happy with it. Then, in 1972, I bought a copy of the Rolling Stones’ “Exile On Main Street”, and thanks to the opening chords of “Rocks Off”, I decided I wanted to play the guitar.

I just had to play. I broke into my piggy bank and bought myself a cheap EKO acoustic guitar. The sound was not very good and the action was ridiculously high but for a while it did the job.

Then I discovered my first guitar hero, Mick Ronson.

I was totally ignorant at that time about the different kinds of guitars but looking at Mick’s pics in the rock press, I knew I wanted the same kind of guitar he was playing. Someone told me they called it a Les Paul. So the Les Paul went to the top of my shopping list.

To add to my Les Paul obsession, French TV filmed a special show with King Crimson. Robert Fripp played a Les Paul too, only his was a black one.

The only problem was that a Les Paul was way too expensive and out of reach for me. It stays like that for decades by the way but that’s another story.

Anyway, the local music shop had a cheap Japanese Les Paul copy in its shop window. I knew it wasn’t as good as the real thing but it sure looked enough like one to me and I could afford it. So here I am playing in front of my mum’s dressing mirror playing the Les Paul copy and dreaming I was Ronson on stage with Bowie. Who didn’t do that!!

Time flies and here comes the summer of 1975 and the first Dr Feelgood LP. I immediately fell in love with Wilko Johnson’s style; I was soon to discover he didn’t play a Les Paul but a Telecaster. I needed one of those too.

Next thing I know a friend of mine who was a bit older than me but already a touring guitar player sold his own Telecaster to buy “the same guitar as Alvin Lee” and better than that, I could afford it providing I borrowed some money from my friends.

This guitar stayed with me from then on. I played it at countless gigs without really taking care of upkeep. By the early 2000s, it was in such a bad shape I couldn’t play it anymore so I decided to have it restored by a guy in London. I soon discovered he was, at the time, working as guitar tech for my hero Wilko Johnson.

One day he wrote to me and sent a pic to me saying “Your guitar is now done and Wilko signed it!”. Can you imagine how I felt? I was over the moon ! The guitar signed by the man who made me want to play a telecaster ?

So here’s a pic of the guitar as it is now. Her name’s Titine (pronounced Teeteen). She rocks like no other guitar.