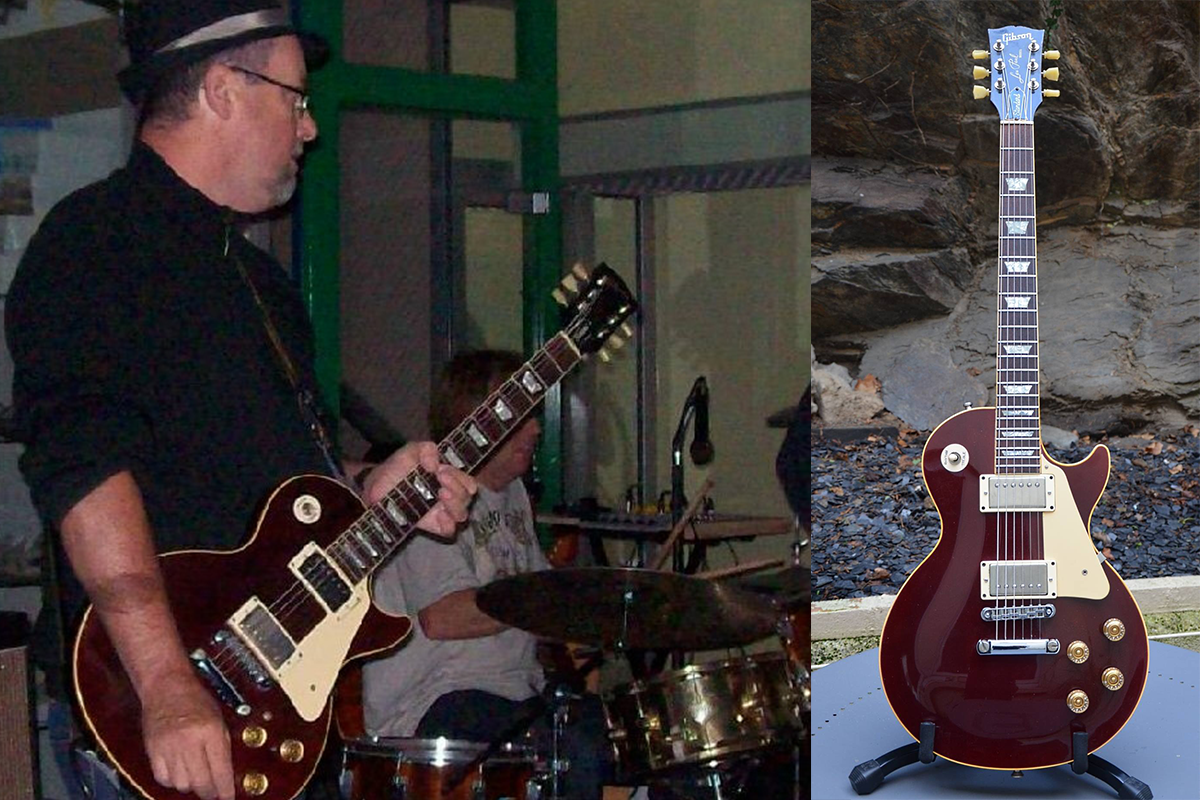 As far as I can remember, thanks to the guitar heroes who made me want to play the guitar, I wanted a Gibson Les Paul.

Nowadays one can buy many different types of Gibson Les Pauls. But back in the day, I’m talking about France in the mid 70’s here, you could only find two models: the Les Paul Custom or the Deluxe.

Strangely, as far as I knew, with the exception of Robert Fripp, none of my heroes played Customs or Deluxes. Little did I know at that time that the production of the beautiful, Sunburst Les Paul Standards had been stopped in 1960 by Gibson.

Although all these guys I loved, from Eric Clapton to Peter Green, via Jimmy Page, played guitars made in 58/59, it was just impossible for me to find one.

A second issue with the Les Pauls is that they were very expensive! The cheapest model cost two and a half  times the price of a new Telecaster. That simple fact is why I ended up playing a second hand Telecaster — because it was all I could afford. How many musicians were in the same boat as me.

Later, around 1978, I bought my first Gibson, a 1973 Custom SG, but I soon had to sell it because you know those were the days when dating girls took its toll on guitar money.

It stayed like that until 1989 when I could finally buy my first Gibson Les Paul Standard.

When asked about the colour I wanted I answered “WINE RED!!!”. The guy at the music shop was puzzled. “Hey why not sunburst ?”. The answer came quick. “Because of Pete Townshend!”. Only years later did I learn that Townshend’s Les Pauls were not Standards but Deluxes, but they were “Wine Red” and what was all that mattered.

Between 1989 and 2000, I extensively played this guitar at countless gigs, sometimes up to 50 per year.

The guitar ended up in such a bad state it became hardly playable and had undergone numerous “surgical modifications” and had its original parts replaced by what was available in my local music shop at the time.

Joe is a highly skilled luthier who lives in London. I would need a complete chapter just to tell you how important he has become to me. He’s almost family now and can come to our place any time he wants but that’s another story.

My beloved “Wine Red” Les Paul Standard ended up in Joe’s magic hands and by 2018 the guitar was back at home fully restored and back to her original splendour. Everybody who played it says it’s a great guitar. I love it.

My friend Henry Serafini loves the guitar too. He used it on “Come With Me” from Little Monsters, the final track on the record. In fact, in the first guitar solo you have two guys playing. Henry plays most of the solo but a few notes were played by me to “fill the gaps” and we both played the wine red guitar. You can’t tell if you are not aware.